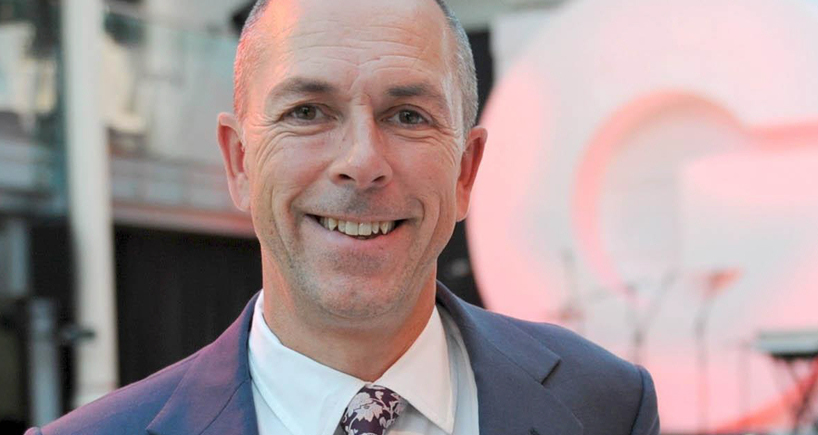 Dylan Jones OBE was the 12 Hay Hill guest speaker at the Like Minds Business Breakfast. A large and enthusiastic audience turned up, driven by a combination of interest in the speaker and a love of the subject matter of the speaker’s new book.

That book “A Life” – Dylan’s 21st – is an oral biography of David Bowie. Between its covers, Dylan interviews over 180 friends, collaborators, lovers, and even rivals to give a picture of Bowie that feels both completely rounded and exhaustive. And, with interviews the mainstay of the book’s unique approach, it made perfect sense that, instead of Dylan merely standing up front and telling us about the book – and his take on Bowie – this would be better done as an interview.

Cue Neil McCormick, the Daily Telegraph’s lead music critic and author of ‘Killing Bono’. That Neil also has a history of writing for GQ made him the ideal candidate to put the questions to GQ’s current Editor-in-Chief.

Here’s a brief taster of the interview.

There are a lot of books on Bowie. And a lot of bad books. Since Bowie’s death, the number of both has only increased. Neil’s first question got straight to the point. Why, he asked, do we need another Bowie book?

Penguin was looking for an oral biography of Bowie. When his agent mentioned it to Dylan, he dismissed the idea at first. But, on thinking about it further — and having read many of the other so-called biographies out there – he believed there was a space for something different. The fact that Dylan had known Bowie and interviewed him on a number of occasions meant that he felt he could add something personal to the story.

Neil picked up on this. He wanted to know what Dylan’s impressions of Bowie were, after interviewing and socialising with him over the years.

Dylan rather smartly sidestepped the fact of his own relationship with Bowie and returned to the process of writing the book. He reflected that it is often the case, after spending the vast amount of time it takes to fashion a biography, that you end up liking the subject of the biography a lot less at the end than when you set out on the journey. But with this book, the opposite was the case. He liked Bowie more by the end. At the end of the process – after meeting him again and again through the memories of so many people, Dylan thought Bowie was an even nicer man that he had believed him to be.

Neil wanted to know whether Bowie was clearly bright. Whether a genuine artistic intelligence was visible in the man.

Bowie was a showman and always tailored his performance to the available audience. When interviewing him, you knew you were being conned but you just didn’t care. This wasn’t about insincerity but happened because he cared enough to be what you wanted. Of course, part of that was down to a huge ego. But he was also driven. And, to a certain extent, was perfectly willing to use all available resources – including people – to further his ambitions.

Dylan then told the story of his landlady and lover from his Beckenham days. (The suspicion is that she became his lover for the simple reason that she was his landlady in the first place.) After they had split up and he had become famous, the landlady received an invitation to see him in concert and to join the band backstage afterward. Bowie comes over, greets her warmly, and walks her to the door, where he takes her hand, kisses it, and says, “Mary, it’s been wonderful knowing you.” She knew she would never see him again and she didn’t. But she felt no resentment. As Dylan tells it, this feeling is repeated many times across many relationships.

Although Dylan had proclaimed he hadn’t wanted to write a kiss and tell biography, Neil pointed out that there is an awful lot of kissing – and much more – in the book and Dylan tells us about it liberally.

Dylan explained that Bowie achieved real fame in the early 70s. He was a rock star in the 70s and not immune to the rock star appetites of the era. The years 1971 to 1975 saw him acting out in almost stereotypical rock star fashion but after that he became a serial monogamist. Everything for Bowie was a project.

He grew up in Brixton at a time when there were lots of people living there who worked in the entertainment business. That he had the ambition from an early age to be famous was not something unusual in that milieu. And Bowie spent ten years working at trying to be famous. He tried out various musical incarnations and styles. When Ziggy appeared in 1972, it looked like he had come from nowhere, fully formed. But he had been trying things for a long time and had spent many years behind the curve.

Neil asked about Bowie’s sexuality – as revealed in his seemingly candid interviews – and his proclamation of his gay relationships.

There was a period, replied Dylan, when, fuelled by a huge drug intake, Bowie was both intellectually and emotionally curious. He dabbled. And his statements about sexuality were often exaggerated to garner new fans. He liked to shock, too. There is no doubt that he attracted a gay audience. On his death, many fans expressed gratitude for the way he had opened doors both sexually and creatively.

The Like Minds events are business breakfasts, after all, so Neil asked Dylan how, as Editor-in-Chief of GQ (among a range of other time-consuming part-time roles) he found the time to write 21 books.

Although he is embedded in the editorial side of things, Dylan claimed his role is mostly concerned with management. He loves that job but it is writing that he loves doing above all. He doesn’t have hobbies other than writing and music and writing about music. His wife bought him some golf clubs in the hope of inspiring some new passion. They remain unused.

There were a lot of Bowie fans in the audience with questions for Dylan. Given the topic of the event, I don’t think there were any attendees who weren’t Bowie fans. Here are some of the questions and answers from the Q&A session.

DJ: Bowie was an autodidact with a huge mind. He had enormous curiosity, combined with huge talent – and a huge ego. All the musicians I interviewed were in awe of his ability to craft things. When he performed backing vocals, for instance, he was always in perfect pitch and the recording was done in one take.

Q: Previously, people were often unwilling to talk on the record about Bowie because he dissuaded them. Is it easier now, after his death?

DJ: I think most people said what they would have said before his death. I had to convince people this wasn’t another crap book. When they realised I was genuine and the book was trying to give an accurate picture of Bowie, people were willing to talk.

Q: Did his talent cross into other art forms?

DJ: He was a terrible painter – although an astute collector. As an actor, he was quite limited. Acting was like a holiday for him because he simply asked what to do and tried to do it. He didn’t need to take control or micromanage every aspect of the production. Working with Bowie the actor meant giving him exact instructions and keeping the scenes and lines short.

NM: What’s your opinion – as a fashion editor – on Bowie’s fashion sense?

DJ: It may surprise you but I don’t think he was that interested in fashion per se. Costumes were for performance but fashion was simply a tool and not what was important for him. He was very often found in fairly standard casual wear. He used to say that the easiest way to avoid recognition is to wear a cap and carry a Greek newspaper.

Q: You interviewed people involved with Bowie across a few decades. What was your favourite decade for the characters you came across?

DJ: The people from the early days.

Q: What would Bowie think was his defining piece?

DJ: He loved to say it was the dreadful stuff. As far as I’m concerned, the material from the 70s is the imperial period.

So What’s Your favourite Bowie Album?

To finish, we took a show of hands to vote for our favourite Bowie album. Ziggy won the vote over Station to Station and Low. (My own favourite – Hunky Dory – wasn’t in the running. Just saying. I harbour no resentment.)

Dylan then took time to sign copies of the book provided by Andrew Turton at Haywood Hill Books. I suspect many of us also grabbed the first chance we had to listen to a few favourite Bowie tracks after the event. For me, the first track I put on was The Bewlay Brothers – from Hunky Dory, of course!

Our interviewer Neil McCormick is crowdfunding his next novel “Zero” and you can support him here.

Creating a Shared Future in a Fractured World